Today, we'd like to announce the release of the Ukrainian Paint Jobs Pack. A DLC featuring several Ukraine-themed paint jobs of which 100% of the income made from the sales will be donated to the People in Need (Člověk v tísni) charity involved directly in helping people affected by the war. 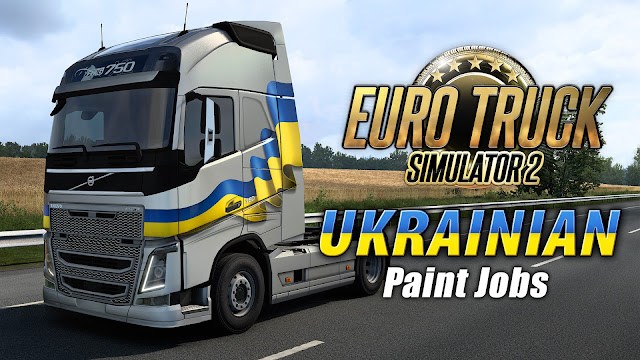 ​
This paint job pack features 4 designs including various designs of the country's flag and the coat of arms (officially known as the Princely State Symbol of Volodymyr the Great). 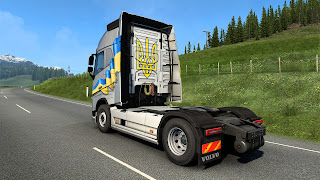 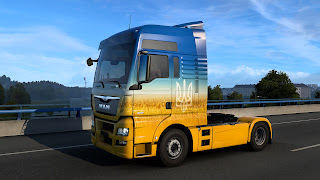 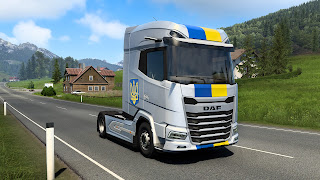 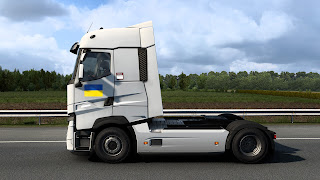 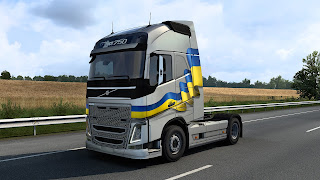 ​
The timing of the release of the DLC is not arbitrary, of course. Last week, Europeans have woken up to a new sad reality of a major war on their continent. A sovereign country was attacked by its much bigger neighbor. Something that we held as unthinkable in the 21st century, while the loss of millions of lives in World War 2 is still a living memory. The world is responding, showing resolve as well as compassion to those in need.

With so much human suffering, our mission of providing a sandbox for a relaxing driving simulation hobby seems suddenly so unimportant and vain. We can hardly claim that equipping a truck with yellow and blue colors and driving it around inside a computer simulation can alter the course of history. But as we are all looking for ways to express our concern and support, we are humbly offering another means.

We believe that our games should provide an idealized world that is friendly and open to the global community of our fans of all ages, where countries coexist in harmony. And this has always been our vision, we do not want the content of our games to communicate global politics. Our creations should not be seen as divisive or controversial.

At the same time, as creators, as real human beings with genuine feelings, we have a voice that we should be allowed to use. And our voice should be loud and clear – we consider the attack on Ukraine to be unjust and inexcusable.

If you decide to purchase the DLC, you can rest assured that all proceeds will be donated to charity. It's a tiny drop in an ocean that's needed currently with millions of people displaced and refugees pouring into neighboring countries, but drops are what an ocean is made of. Today, ahead of the release of the DLC, SCS Software has donated another 20,000 Euro to the same charity.

We feel that it would be unthinkable for our Ukrainian player base to have to pay for this DLC at this time. Therefore, we are also making it possible to get a key to unlock the DLC for free. You can use the widget below to request it.

We believe that on a personal level, we would easily get along with anybody in our fan base, no matter which part of the planet they come from. We would share good stories about the peculiarities of driving on the roads of our respective countries, offer some tips on how best to maneuver the semi-trailer in confined spaces, and generally have a good time. Would we expect many war-mongers among them? Not really. Universally, kids want to grow up and do something interesting with their lives, while mothers and fathers want their families to prosper and see their kids grow in peace.

War is a terrible thing. Any war. It always brings unimaginable suffering to the common, innocent people. We wish, from the bottom of our hearts, that the world can be a place of peace where everyone can live safely and without fear.

Seeing the screenshots of your trucks driven while wearing the Ukrainian colors would make us proud. If you want to share them through social media, we kindly propose to include the hashtag #TruckingForPeace. This way, the world can see our convoy for Peace in Ukraine clearly.