Is there anything that could possibly be even better than presenting the changes of a single city in the upcoming Austria Rework for Euro Truck Simulator 2? That’s right, presenting two locations in one blog post instead! Let’s take a look at what you can expect when driving through the updated cities of Linz and Innsbruck. 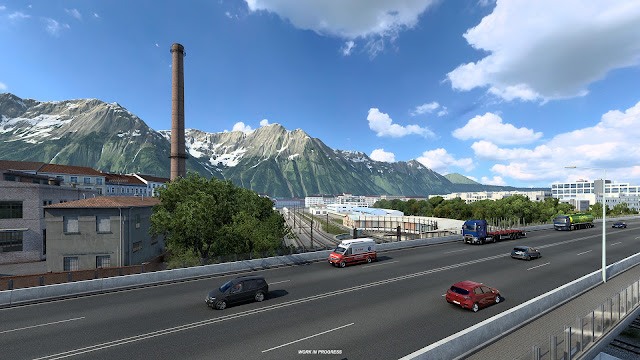 ​
Linz is the third-largest city in Austria and as such, it had to change quite drastically. The bridge across Donau has been replaced with another one a bit farther, and a completely new bridge will be located on the city’s ring. Apart from that, you can look forward to a new scrapyard, magnificent new factory district, and overall inclusion of an industrial heart of the city, which, among other edits, meant moving some depots to more suburbian parts of the city. The final mentioned change will hopefully help the in-game Linz and its industry live up to the real-life counterpart and also enable players to drive through the beautiful small nearby villages. 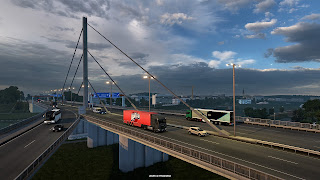 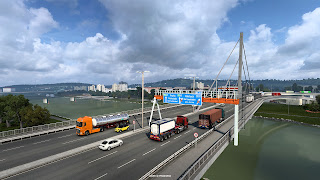 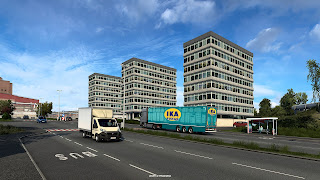 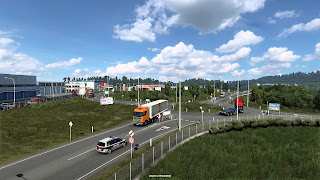 ​
Innsbruck is an internationally renowned winter sports center located in a broad valley between high mountains. That is exactly why the most important, and the most "invisible" change at the same time, is the integration of the junction of A12 and A13, which lies inside of a hill with Bergiselschanze - a ski jumping areal - on it. Moreover, the entire city’s ring has been reworked with an addition of numerous junctions and a beautiful view from the ring on the whole layout of the city with the Alps in the background.

The economy has also been tweaked a bit by removing a sawmill and adding Quarry and railway depot instead. 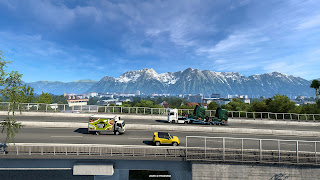 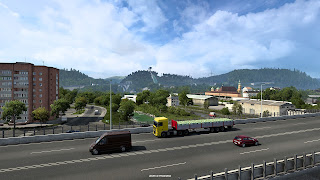 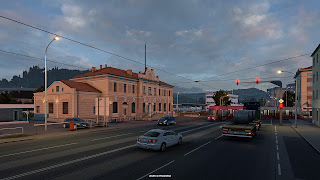 ​
We hope you have enjoyed a "double-peek" into more changes that are coming with the Austria Rework project for ETS2! Will one of these two cities be your go-to location once you will get your hands on this new update?